Today our blogging friend Nick from Canada is sharing his tips on where to find the best North Carolina fly fishing spots. Take it away Nick…

As a Canadian fly fisherman myself, I find it quite hard to admit, but there are arguably better fishing spots south of the border.

The fly fishing in North Carolina may not be quite as renowned as the fishing hot spots of Colorado or the vast national parks in Montana, but there are a growing number of healthy fisheries being protected throughout the state.

In this post, I’m going to share with you some of the best fly fishing spots in North Carolina including a few more off-track destinations that even local anglers may not have heard of.

Let’s start with a couple that we introduced in the beginning of this post. As far as fishing in NC goes, the aptly named Western North Carolina Fly Fishing Trail is a fly anglers’ dream.

The trail brings you past 15 trout streams with over 36 points of public access where you can spot cast at brookies, browns, and rainbow.

Bring along your best waders for fly fishing and your best boots for hiking if you plan to do this trail. There are some wider parts of the river where you’ll utilize the former and some muddy parts of trail where you’ll need the latter!

Located just over 11-miles from downtown Raleigh, the Neuse River makes for a great day trip from Raleigh and is an excellent spot for fishing white bass shad in the spring, largemouth bass in the summer or white bass, striped bass, and tailwater trout in the winter.

The guys over at Raleigh Flies put together some well-priced guided fishing packages and they know these waters really well.

They can take you out to the Neuse or Tar, Haw, and Cape Fear Rivers. They also do float trips to some of the other spots on this list like Jackson and the Watauga.

If you want to fish on a river where the trout are healthy and plentiful, then the Watauga River is hard to beat anywhere else in the country, let alone in North Carolina!

Before casting a line here, have a look at the water. The trout can be a bit more finicky here, so look to see if there’s a hatch or if terrestrials are landing on the water.

If there’s activity on the top, use a dry fly and fish topwater. If you scoop the net and see larva, try nymphing or fishing smaller streamers.

Change flies often here and once you find what the fish are feeding on, you’ll likely catch fish after fish.

You can check out the guys at Foscoe Fishing Company in the North Carolina mountains if you want a guide to maximizing your chances of getting the flies and casts just right.

The Toe River in Avery County is one of the lesser-known fly fishing destinations in North Carolina, but that doesn’t mean it’s not still one of the best.

This is one of the best trout streams in the state and the fish aren’t spooked as easily, thanks to fewer artificial flies landing on the surface of the river here!

There are rainbow here, but they tend to be a bit smaller, so wild browns are what most anglers are going after. These can be over 20 inches if you get lucky.

The Toe is a year-round fishing destination, but for fly anglers, visit the stocked fisheries on the river in the spring when the fish are starved from winter wait and hatches are prevalent.

Western North Carolina’s famed Blue Ridge and Smoky Mountain ranges tower around the city of Asheville and are teeming with healthy populations of Rainbow, Brook, and Brown trout, as well as small and largemouth bass, Sunfish and Crappie.

This is one of the best year-round destinations for fly fishing in North Carolina with the Nantahala River being a particularly popular spot for trout fishing.

White Oak Creek is a hatchery supported area of the Nantahala River and is along the upper section of the water and goes all the way down to the Duke Energy Power Plant where there are delayed harvest trout waters.

The Lower Nantahala is also a great area for trout fishing but the trout on both portions can be finicky here as well, so change flies often and bring along some midges, crayfish, and shrimp and nymph patterns.

Last but definitely not least on this list of the best fly fishing in North Carolina is the Linville River which has plenty of stocked trout including browns, rainbows, and brooks. They definitely aren’t as picky of eaters as those found around the Nantahala!

These fish will devour pretty much anything you cast at them as long as it’s well presented.

If you want to land the massive browns that the river is known for, you’ll want to come in the fall, though the Linville can be fished pretty much year-round.

This is another spot where you’ll pretty much need waders as there are some tough spots and the trout can hold in deeper pools that aren’t reachable from shore.

For the easiest access to the Linville, you’ll want to park at the Linville Gorge and hike in from there.

The official fishing season in North Carolina is year-round with no closed seasons except for these exceptions.

For a lot of places on this list, you can have just as much luck in November as you might in July, but generally, the larger and more hungry fish are feeding in the Spring and fall.

In some fishing spots in NC, the fish will take pretty much anything. But some flies you’ll definitely want to have in your box include:

North Carolina fly fishing is exciting and the spots are scenic and at times, challenging, but overall this is still one of the best up-and-coming destinations for anglers in the US.

There aren’t many places where there’s a trail with 15 river systems and dozens of fishing holes where you could literally spend a month or two and not see them all.

From Jackson to Asheville, give yourself time in NC if you’re an angler. Bring your camera and prepare to make some great fishing memories. You won’t be disappointed! 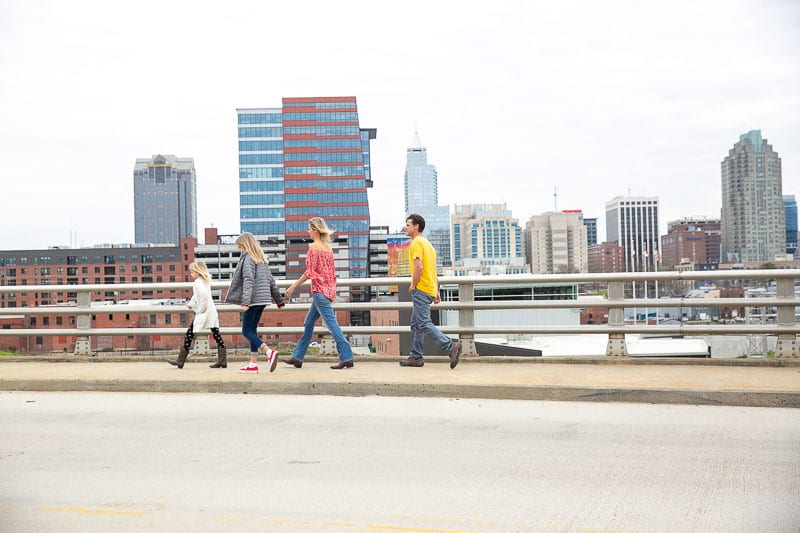 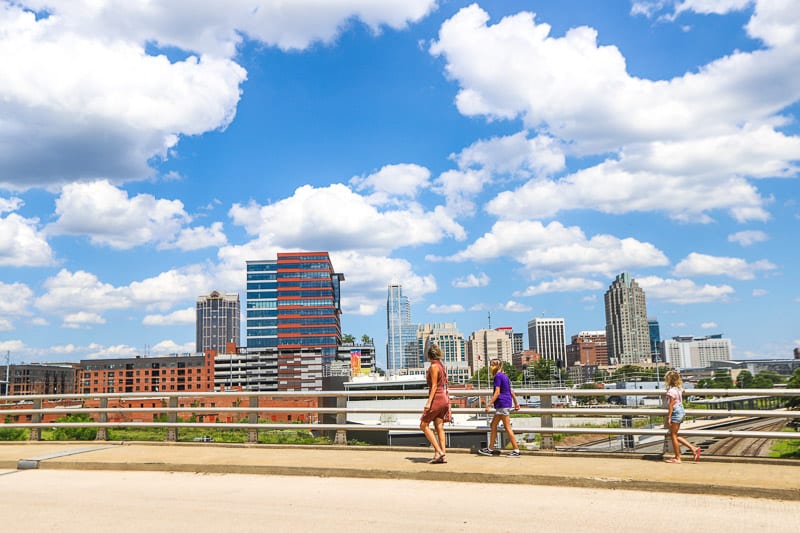 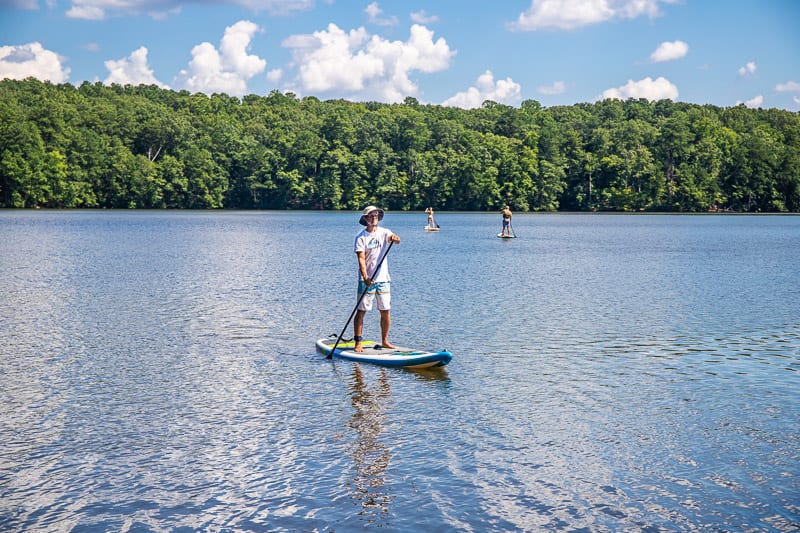 Nick is an avid angler and traveler who has been on the road since 2008, seeking the outdoors and great fishing spots everywhere he goes. He started his own blog all about fly fishing where he shares his knowledge about the sport and his favorite fly fishing destinations.

Hi, we’re Caroline and Craig Makepeace, an Australian couple who have traveled to over 50 countries and lived in 5 and chose Raleigh as our home. Our mission is to help you connect to the spirit of this community and share the best things to do. Allow us to be your local guides.
Read More…

If we've helped you in any way, you may want to: